Europe again? New concerns about the solvency of European banks has Treasury exchange traded funds (ETFs) once again climbing higher as investors seek out safe-havens. The Dow has been down at times  by more than 80 points.

On the ETF Dashboard leaderboard, today’s leading ETFs are focused on Treasuries, led by PIMCO 25+ Year Zero Coupon U.S. Treasury (NYSEArca: ZROZ), which is up by 2.3%. Other funds aimed at emerging markets and metals are also performing strongly today.

Behind the rush to comfort is the fact that there may be risky government debt on the books of European banks than was uncovered during the stress tests a few months ago. This may mean more capital-raising to strengthen balance sheets. SPDR DJ EURO STOXX 50 (NYSEArca: FEZ) is down more than 2% so far this morning; in the last three months, it’s up 7.8%. More than 30% of the fund is allocated to financials. [Europe ETFs: Who’s Hot, Who’s Not.] 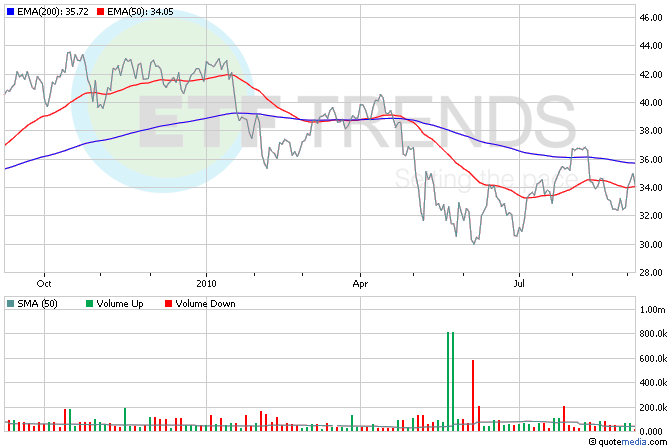 The U.S. dollar has tumbled to a 15-year low against the Japanese yen after statements from the Bank of Japan indicated that they wouldn’t intervene in the yen’s strength. Japan’s exports may continue to take a hit if the yen remains strong. CurrencyShares Japanese Yen Trust (NYSEArca: FXY) is up nearly 1% this morning. [Travel the World With Currency ETFs.] 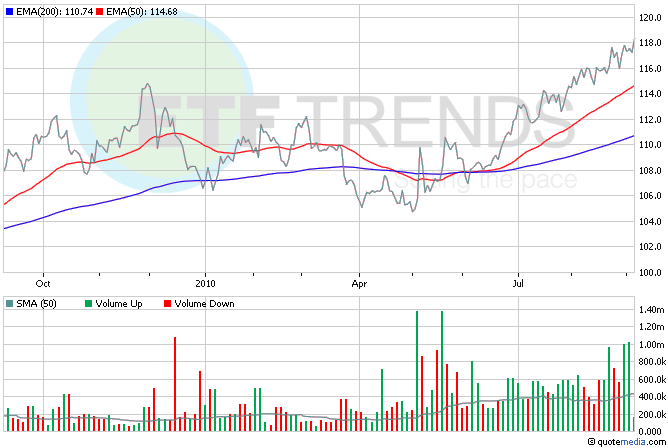