You are at:Home»Alternative ETFs»Mixed Economic Reports Result in Mixed ETFs

Mixed economic reports sent stocks and exchange traded funds (ETFs) mixed in early trading this morning. The Dashboard shows a mix of top ETF winners and losers; among the top movers are oil ETFs and the euro.

While jobless claims stayed high this week, they did decline for the third time in four weeks, so that’s something. It’s a sign that the U.S. economy added jobs this month, but few think it will be enough to nudge the general unemployment rate lower.

Exxon Mobil (NYSE: XOM) announced that its second-quarter earnings nearly doubled to $7.6 billion after rising oil prices. It’s the highest quarterly profit for the oil producer since the fourth quarter of 2008, and it’s far off the record $14.8 billion earned in the third-quarter of 2008. If you recall, that was when oil prices hit nearly $150 a barrel. iShares Dow Jones U.S. Energy Sector (NYSEArca: IYE) could move mightily on the news, since Exxon is a whopping 25% of the ETF. [How Not to Get Burned by Commodity ETFs.]

With that, oil prices are up this morning with the aid of a weaker dollar, surpassing $78 a barrel. United States Oil (NYSEArca: USO), which tracks a basket of oil futures, is up nearly 2% so far. 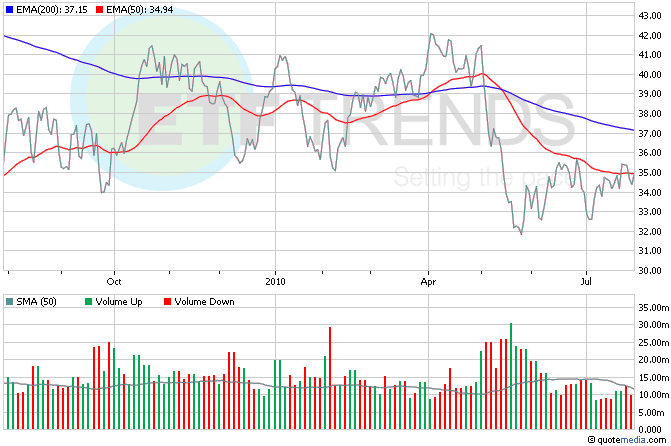 More bad news for the real estate sector: foreclosures are still a fact of life in many metro areas. In the majority of large cities, households received more foreclosure warnings in the first six months of this year than in all of 2009. The usual suspects are the cause: high unemployment, slow job growth and a slow rebound in housing prices has left millions unable to pay their mortgages. Homebuilder ETFs are reflecting this weakness more than most other real estate ETFs; they’re down an average of 22.3% in the last three months. SPDR S&P Homebuilders (NYSEArca: XHB) is down 1% so far today. [Homebuilder ETFs: Behind the Numbers.] 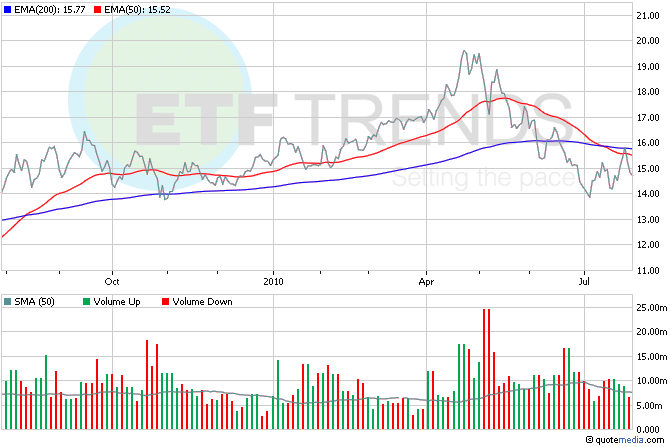 The euro has surged to an 11-week high against the dollar, topping $1.31 as prospects for the eurozone do an apparent 180. CurrencyShares Euro Trust (NYSEArca: FXE) is up 0.7% early on. [Europe ETFs Don’t Stress After Tests, But Should Investors?] 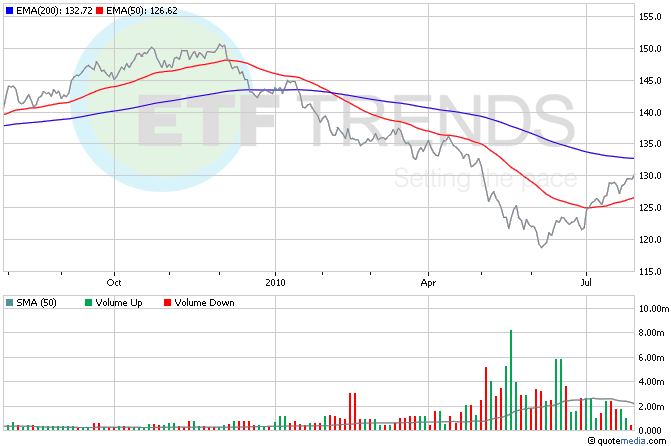 As the markets zig and zag throughout the day, you can keep track of the top-moving (and the slowest-moving) ETFs with our Dashboard feature. Learn more by watching this video!: 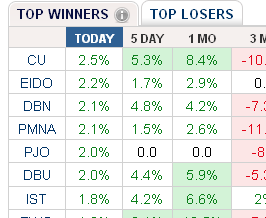