Fears about the global economic recovery and persistent unemployment have gotten to the American consumer. Confidence waned in June, adding to the list another economic factor to be concerned about.

Consumer confidence plummeted nearly 10 points, surprising economists, who expected only a slight dip. It was the biggest drop since February and had risen for three consecutive months since then. The index measures two parts of consumer sentiment: how consumers feel about the economy right now and their outlook for the next six months. Both sides dropped. Consumer spending is two-thirds of the economy, so this is a worrisome development.

Retail ETFs may see continued weakness as long as consumers stay gloomy. In the last month, many retail-focused ETFs are down as much as 9%. [It’s Summertime: Which ETFs Should You Watch?]

Home prices in April rose for the first time in seven months, but that was mostly on support from the homebuyer tax credits that expired on April 30. The S&P/Case-Shiller Index showed a 0.8% gain. Nationally, prices are up 3.8% off their lows in April 2009, but they’re 30% down from the peak reached in July 2006. The numbers are expected to drop at the end of April. [Why REIT ETFs Are Beating the Market.] 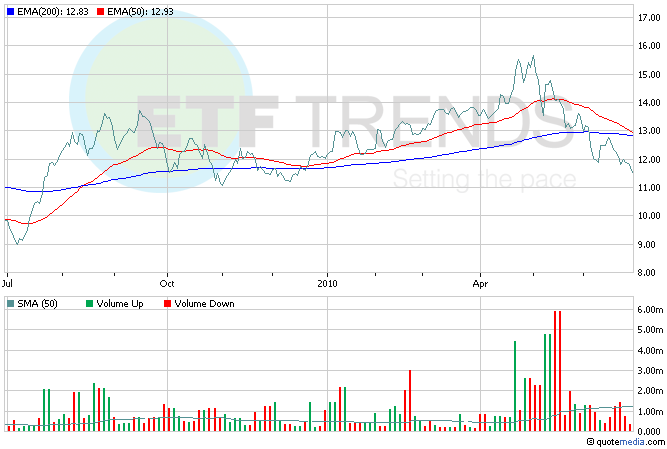 Concerns about the market’s stability and the global economic recovery’s strength once again has investors scurrying to the safety of the dollar, the Japanese yen and Treasuries. As a result, the 10-year Treasury yield has been pushed to its lowest level since April 2009. The Japanese yen appears to be benefiting from the flight-to-quality the most in early trading – CurrencyShares Japanese Yen (NYSEArca: FXY) is up more than 1% so far today. [ETFs for a Greek Tragedy.] 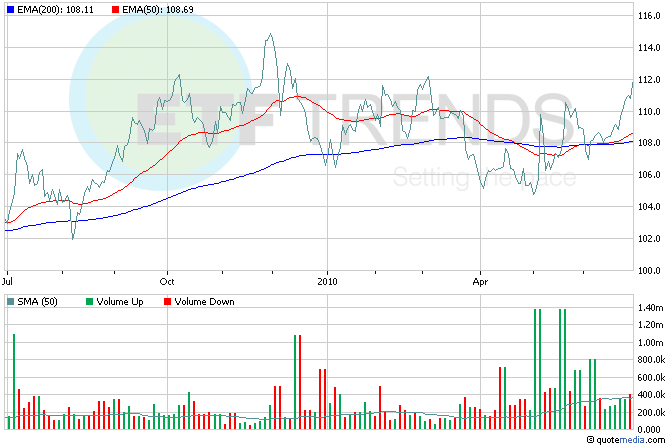 Read the disclaimer;Tom Lydon is a board member of Rydex|SGI.