You are at:Home»Featured»Why Treasury ETFs May Be A Bubble

Why Treasury ETFs May Be A Bubble

Investors beware, there is a possible new financial bubble forming and it appears to be in the U.S. Treasury market and the exchange traded funds (ETFs) that track the sector.

The collapse of the stock market has lead to fear in investors and an attraction of money and assets to the Treasury market, sending bill, note, and bond prices soaring. Jim Juback of MSN Money states the following reasons for a bubble in this area of the market:

On the one hand, this could be good news for the debt stricken U.S. government and probably won’t inflict as painful a blow as the bursting of the last two bubbles. On the other hand, inflation will probably not stay at its current rate of 1.8% and interest rates will most likely increase as economies recover, resulting in a burst bubble and a loss of money.

Take a look at the following Treasury ETFs: 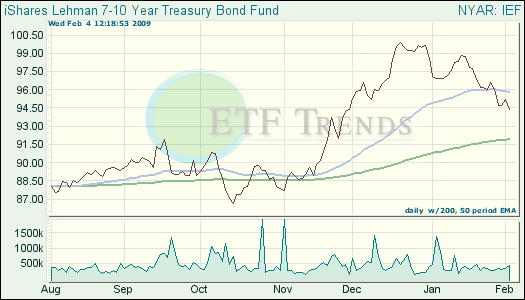 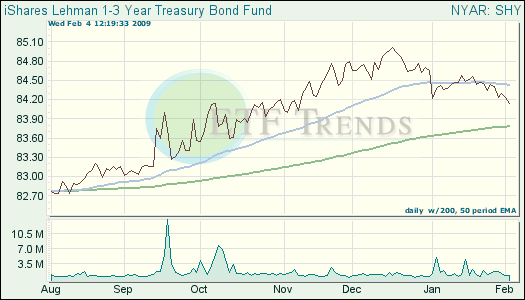