Why Buy-and-Hold Is Dead

It looks like we have a lively debate in full swing about the viability of the buy-and-hold philosophy when it comes to exchange traded funds (ETFs), or anything else, for that matter.

The latest salvo comes from Matt Hougan at Index Universe. He says that traders have to assume that they’re smarter than the market, and most aren’t. On top of that, he tells us that now is the best time to be a buy-and-hold investor.

The long-term argument, from a statistical standpoint, is that buy-and-hold works over time. But there are things people should do, that people will do and that people won’t do. And the fact is, if there’s something that hasn’t worked for them over the last five or 10 years, they’re simply not going to do it.

As many know by now, the S&P 500 has done nothing for the last 10 years. It’s done less than nothing, in fact. If you were a buy-and-hold investor who bought the SPDRS (SPY) in 1999, you would be below where you began. 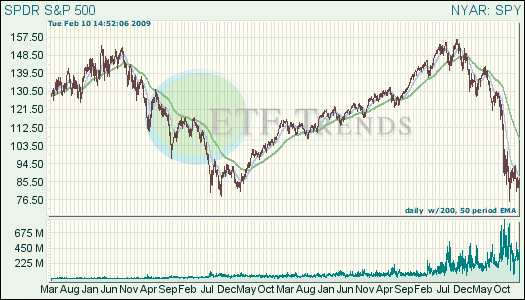 Investors naturally buy high and sell low because they get wrapped up. They buy when they feel good, sell when they feel bad. What needs to happen is that investors should be removing their emotions from investing altogether.