11 Banks Downgraded: Who Are They, and What ETFs Are They In?

Eleven U.S. and European banks that can count themselves as top holdings in some exchange traded funds (ETFs) found themselves downgraded by Standard & Poor’s Ratings Services this morning.

S&P bases the downgrade on pressures facing the large financial institutions in the future, because of increasing risk and a worsening global recession, reports Kerry E. Grace for the Wall Street Journal. They note that government intervention in order to bring stability to the sector should balance out some of the pressure, though.

In ordinary times, S&P doesn’t consider government support to be a factor in its ratings process. But so many governments have stepped in that an exception has been made. None of the banks should have a rating lower than A+, because of the expectation of that support.

HSBC’s (HSBA) outlook has been changed to negative, meaning a downgrade is possible.

Several of these banks can be found in financial ETFs, including: 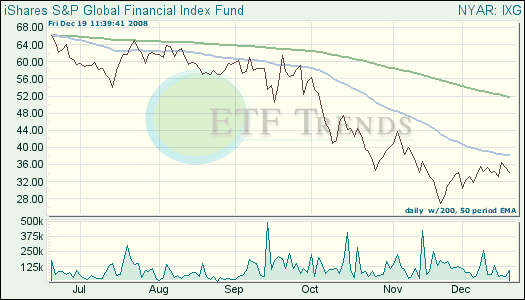 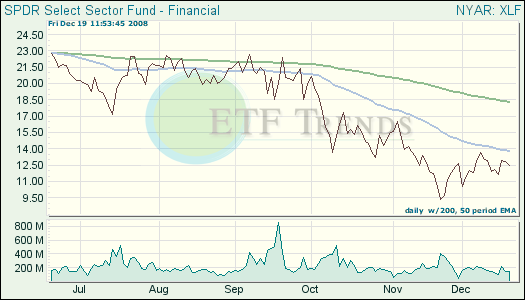