You are at:Home»Equity ETFs»2 Uranium ETFs to Access the Nuclear Trade 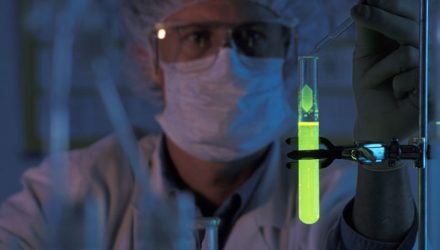 Earlier this year, the Global X Uranium ETF (NYSEARCA:URA), which tracks uranium miners, surged, but the good times did not last long. By the middle of February, URA was slumping and on its way to giving back the gains it accrued in January.

Somewhat quietly, the uranium ETF is higher by 6.6% over the past week and some analysts are forecasting higher prices for the commodity. As is the case with other mining equities stocks and ETFs, rare are the occasions when these investments rise while the material they mine loses value. Some technicians view $15 as critical for URA.

“RBC Capital Markets has given some hope for uranium bulls that better days are ahead in its third quarter mining and metals outlook. While the short term looks tough, production deficits could boost prices over coming years,” reports Robert Guy for Barron’s.

Another ETF for accessing the nuclear trade is the VanEck Vectors Uranium+Nuclear Energy ETF (NYSEARCA:NLR), which takes a broader approach, including exposure to large and more stable utilities.