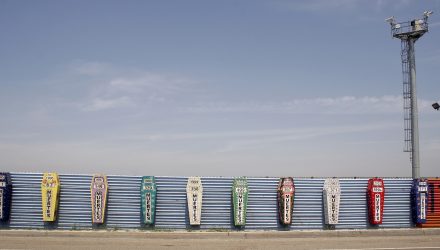 How 11 Mexico ETFs Are Responding to Trump Veto Threat

President Donald Trump threatened to veto the $1.3 trillion omnibus legislation Friday morning after it had passed both chambers of Congress creating chaos that could cause a government shutdown.

In a tweet, Trump said he is “considering a VETO” because the proposal does not extend protections for hundreds of thousands of young undocumented immigrants or fully fund his proposed border wall.

This is how ETFs that maintain significant exposure to stocks listed in Mexico are responding as of 12 p.m. Eastern time according to Yahoo Finance.

In a Friday morning tweet, Trump said that 800,000 plus protected from deportation by DACA have been “totally abandoned” and he blamed the Democrats and that the border wall which is “desperately needed” by National Defense is not fully funded. 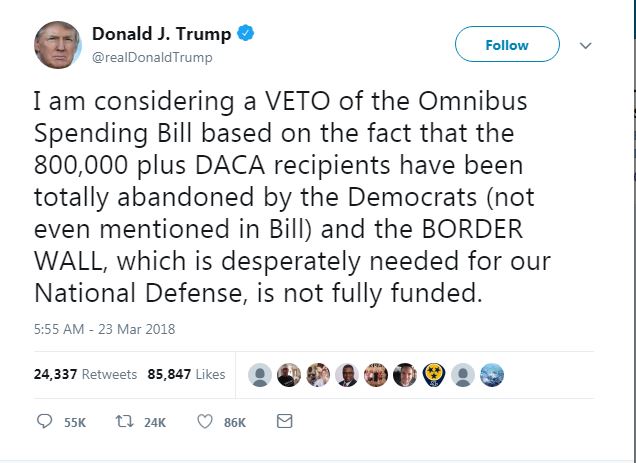 According to The Washington Post, “Trump, who sought to cancel DACA last fall, was seeking a deal that would give Democrats protections they sought for the program’s recipients in exchange for additional funding of $25 billion for his long-promised U.S.-Mexico border wall. The bill includes a minor down payment of $1.6 billion on his marquee campaign promise.”

The measure, H.R. 1625, includes $1.6 billion for border security, though only a portion of the $25 billion that Trump wanted to build a wall between the U.S. and Mexico.

“The threat of a veto this late in the game is highly unusual for a president, particularly one whose party controls both chambers of Congress. White House officials had said Trump would sign it. Trump’s allies on Capitol Hill said the president supported it,” noted NPR.

If a bill is not signed by midnight Friday, a government shutdown would ensue.