You are at:Home»Featured»Your Value Index ETFs May Have Some Big Growth Names 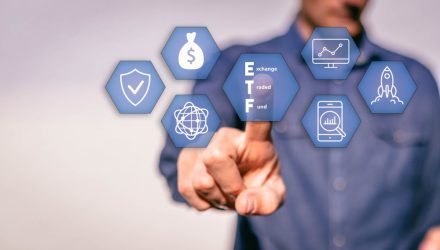 Your Value Index ETFs May Have Some Big Growth Names

After the steep pullback in technology stocks, some of these traditionally growth-styled companies are now more cheaply priced and may see greater exposure in value index-based exchange traded funds.

FTSE Russell is set to rebalance its benchmark indexes at the close of trading Friday, reconstituting indexes tied to trillions of dollars in investments, the Wall Street Journal reported.

Among the company stocks that will get reshuffled, Meta Platforms Inc. (META), the parent of Facebook, Netflix Inc. (NFLX), and PayPal Holdings Inc. (PYPL) will all go into the Russell 1000 Value Index, the underlying benchmark for the iShares Russell 1000 Value ETF (IWD).

Furthermore, Tesla Inc. (TSLA) will replace Meta as the fifth-largest U.S. component in the Russell indexes. Many energy stocks that have been outperforming in 2022 will also be promoted to the Russell 1000 index, which acts as the benchmark for iShares Russell 1000 ETF (IWB), from the Russell 2000 index of small companies.

The indexer added that it utilizes several different metrics, such as growth forecasts and historical sales, to determine where a stock falls in its growth or value category.

The Russell 1000 Growth Index has declined about 29% in 2022 and was headed toward its worst performance relative to the value benchmark over the first half of any year since 2002.

The change in the indexer’s value and growth benchmarks reflects the sudden shift in the equities market. Over the past decade, technology companies like Meta and Netflix have surged as investors turned to high-growth names in a low interest-rate environment. However, after the recent decline in tech companies, they are now looking like bargain picks, which fit FTSE Russell’s value criteria.