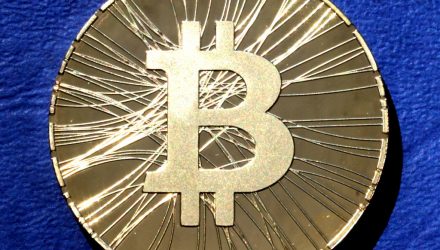 Bitcoin’s price has taken an 11.84% hit the past week on bearish news, such as the US Securities and Exchange Commission postponing their decision on a bitcoin ETF filed by investment firm VanEck and blockchain technology company SolidX, but what are the chances that the digital currency falls from its current price of $6,498.12 (as of 4:15 p.m. ET) to zero? Two Yale University economists, Yukun Liu and Aleh Tsyvinski, calculated the probability of such an occurrence.

“The current implied daily disaster probability is about 0.4 percent for Bitcoin, 0.6 percent for Ripple, and 0.3 percent for Ethereum,” according to the report by Tsyvinski and Liu.

“On one hand it sounds small, on the other hand, it is still orders of magnitude larger than the probability that [a traditional currency]is going to become worthless,” Tsyvinski says. “So you can take the glass half full or the glass half empty.”