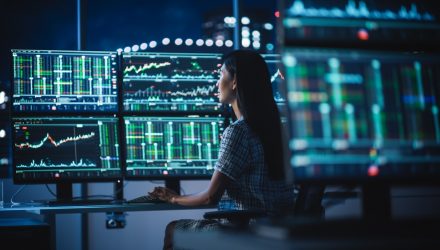 Industry organization Women in ETFs announced Monday that it had surpassed 8,000 members around the world.

Launched in January 2014, the non-profit supports professional advancement for women in the industry by connecting men and women and guiding the current and next generation of women excelling in ETFs. Women in ETFs also offers a mentorship program as well as university outreach, and a Speakers’ Bureau to promote women’s voices in the press.

Women in ETFs has more than 4,400 members in the United States with chapters in Boston, Chicago, Denver, New York, Philadelphia, Phoenix, San Francisco, and Washington D.C. The Women in ETFs South Chapter is growing its numbers across eleven southern states from Texas to North Carolina. A Los Angeles Chapter is expected in 2023.

Its EMEA chapters include Belgium, France, Germany, Ireland, Italy, Netherlands, Switzerland, United Kingdom, and South Africa as well as development chapters in Israel, Luxembourg, Nigeria, Poland, Spain, and Sweden. Finally, the group has over 500 members in Toronto and an expected branch in Montreal, Quebec.

“Our corporate sponsors have been champions for our mission and our organization globally,” said Deborah Fuhr, founder at London-based research and consulting firm ETFGI and co-president of Women in ETFs, EMEA.

Upcoming U.S.-based events hosted by the group include a discussion of crypto held in Fort Lauderdale and a networking and mentorship event in Denver next month.