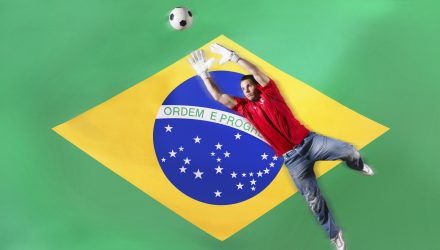 With Brazil set to play Belgium in the soccer World Cup quarterfinals at 2pm Eastern time on Friday, Brazil’s inflation risks have resurfaced.

According to VanEck, the June spike in Brazil’s inflation to 4.39% year-on-year was completely predictable as it came on the heels of the truck drivers’ strike.

“As such, we are unlikely to see an immediate policy response from the central bank, though there are several risk factors to watch going forward,” VanEck said in a blog post.

The risk factors include a sharp increase in the diffusion index (to an estimated 65.5%, the highest since early-2016) shows that the price pressures were widespread and potential second-round effects associated with the past weakness of the Brazilian real (down 18.6% since March), VanEck said.

Economists surveyed by the central bank have lowered their 2018 gross domestic product outlook to 2.5%, or 0.4 percentage points lower than the four months prior. The recent trucker strikes has also lead to Alfredo Coutino, Latin America director for Moody’s Analytics, to lower 2018 growth expectations to 2%, with knock-on effects potentially dragging it even lower.