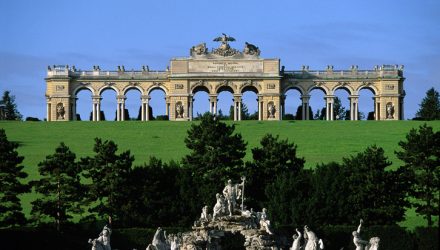 With Europe ETFs receiving renewed adulation this year, some single-country Eurozone funds are bound to go overlooked as investors focus on larger economies, such as Germany and France.

That is the plight of the iShares MSCI Austria Capped ETF (NYSEArca: EWO). EWO, the only ETF dedicated to Austrian equities, is one of this year’s best-performing single-country ETFs with a gain of over 45%.

EWO has been around since early 1996, making it one of the oldest single-country ETFs on the market. The Austria ETF tracks the MSCI Austria IMI 25/50 and holds 25 stocks with a three-year standard deviation of 19.4%, making EWO more volatile than its France and Germany counterparts. Germany and France are the Eurozone’s two largest economies.

“ETF investors have pumped more than $180 million into Austria stocks year to date, shrugging off concerns over the recent election of a nationalist,” reports Track Insight. “Austria voted decisively for Sebastian Kurz and his People’s Party, taking more than 30% of the vote. Another far-right party, Freedom, gained 26% of the vote and the Social Democrats grabbed just 26.9%. Kurz is expected to form a coalition with the Freedom Party.”