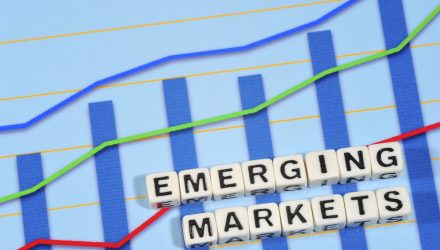 The coronavirus pandemic could cut a deeper wound into emerging markets and related exchange traded funds as developing countries struggle to deal with the aftermath of a widespread outbreak on their economies.

Emerging market economic output is expected to dip 1.5% this year, the first decline since reliable records began in 1951, the Wall Street Journal reports. The outlook would be more severe than in the global financial crisis of 2008, the Asian one of the late 1990s and the Latin American debt implosion of the 1980s

Even if developing countries avoid high coronavirus infection rates, the lockdowns and expected recessions in industrialized countries will also have a global ripple effect. For instance, it could likely reduce demand for beach holidays in Thailand, fabrics from Bangladesh and auto parts and avocados from Mexico, which is expected to see its economy contract 8%, its steepest drop since the Great Depression.

Meanwhile, smaller countries have less financial leeway to cushion a falling economy, as compared to developed ones like the U.S. where trillions of dollars in both fiscal and monetary stimulus policies are being utilized to support the fall. These smaller developing economies are more reliant on volatile commodities, like oil, and services like tourism. Additionally, they have less to spend on supporting beleaguered companies and weaker social safety nets.

“It’s always unpleasant to be an emerging market in a crisis,” Benjamin Gedan, a South America expert at Washington think tank Wilson Center, told the WSJ. “Just when you need capital, it flees to safer harbors. Just as you rely more on export earnings, the price and volume of your commodities exports fall. Just as your tax revenue drops, your currency depreciates and your dollar debt skyrockets.”