You are at:Home»Equity ETFs»Why the Video Game ETF Can Keep Surging 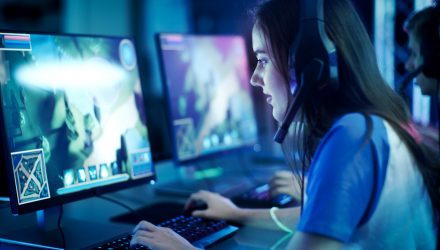 Why the Video Game ETF Can Keep Surging

Up 8% this year, the ETFMG Video Game Tech ETF (NYSEARCA: GAMR) is building on its stellar performance in 2017 when it was one of the year’s best-performing non-leveraged exchange traded funds.

GAMR is the first video game tech ETF that sets out to capitalize on the global game market that’s expected to hit $116 billion in revenues in 2017, up from 10.7% year-over-year.

Count the eSports boom among the exciting industry trends that could be tailwinds for GAMR and video game stocks.

“The growth in popularity of eSports will benefit some sectors at the expense of others,” according to Fitch Ratings. “Video game companies are best positioned to benefit from increased franchise popularity and growth and a favorable shift to less volatile advertising and sponsorship revenues.”