You are at:Home»Featured»Why Are People Switching from WhatsApp to Signal? It’s All About Privacy 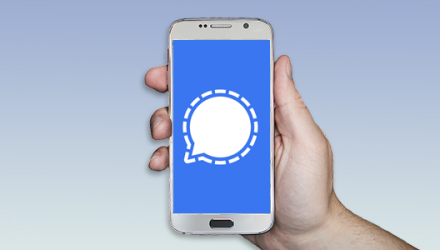 Why Are People Switching from WhatsApp to Signal? It’s All About Privacy

In my final commentary of 2020, I wrote that the U.S. media has a major trust issue. According to recent polls, most Americans put little faith in what they see and read on TV and the internet.

These negative sentiments were probably not improved much by big tech firms’ decision to suspend President Donald Trump from their platforms following the attack on the Capitol that left five dead.

Twitter was the first to announce a permanent ban on the Friday before last. In the blink of an eye, more than 88 million followers could no longer visit the U.S. president’s account.

The decision to muzzle Trump may not technically be unconstitutional—it was made not by the government but private corporations—but it’s highly problematic.

Even Twitter CEO Jack Dorsey admits as much. Defending his company’s deletion of Trump’s account, Dorsey tweeted that such bans “fragment the public conversation” and “limit the potential for clarification, redemption and learning.” He added that it “sets a precedent that I feel is dangerous.”

Many of Trump’s overseas critics agree. German chancellor Angela Merkel, who’s often shared an icy relationship with her U.S. counterpart, called Twitter’s move a breach of Trump’s “fundamental right to free speech.” Clément Beaune, France’s minister of state for European affairs, told Bloomberg TV that silencing an elected official “should be decided by citizens, not by a CEO.”

The crackdown isn’t limited to Trump. Parler, a networking app favored by Trump’s supporters, hit roadblocks last week when Apple and Google removed the app from its online stores. The service, which is financed in large part by hedge fund manager Robert Mercer, finally went offline after Amazon dropped it as a web hosting client.

I acknowledge these actions were prompted by a need to root out extremism and violence. I join others in calling on social media companies to do a better job at preventing extremism from flourishing. At the same time, there has to be a more equitable solution than permanently shutting down entire channels of free speech.

Founding Father Benjamin Franklin said it best: “They who can give up essential liberty to obtain a little temporary safety deserve neither liberty nor safety.”

Coinbase learned this lesson the hard way. In late September, the digital currency exchange instated a companywide ban on talking politics of any kind at work. Within days of the announcement, as many as 60 Coinbase employees had resigned.

The social media crackdowns have helped fuel people’s search for alternative networking platforms. One of those alternatives is Signal, a little-known messaging service that first debuted in 2014.

Similar to WhatsApp, Signal encrypts users’ messages end-to-end. Unlike WhatsApp, though, Signal isn’t owned by Facebook—or any other big tech firm, for that matter. It’s run by a tax-exempt non-profit, meaning its operations rely on donations.

So far this month, the app has seen a massive spike in downloads following WhatsApp’s announcement to users that it was changing its privacy policy. Tesla chief Elon Musk also threw his weight behind the app, tweeting to his 42 million followers: “Use Signal.”

According to app analytics firm App Annie, Signal has ranked number one in iPhone app downloads every day since January 9.

As expected, Musk’s tweet triggered not only downloads but also investor interest. The problem is that Signal the messaging app isn’t listed, so investors were mistakenly buying shares of Signal Advance, a thinly-traded medical supplies company. As of January 11, Signal Advance stock had jumped more than 10,000% in 30 days, from $0.38 to $38.70. Daily trading volume surged from as little as a few thousand shares to over 2 million shares.

A similar phenomenon occurred last spring when investors began buying the wrong Zoom. Instead of investing in Zoom Video Communications—whose video conferencing services were suddenly in high demand thanks to lockdowns—investors piled into Zoom Technologies, now known as Minim. (Thanks to reader Bob Sandler for the correction.)

The World Gold Council (WGC) has released its 2021 outlook, which you can download here, and there’s one chart in particular that stood out to me.

As you can see below, since President Richard Nixon formally ended the gold standard in the early 1970s, the price of gold has done a much better job at keeping pace with global money supply growth than Treasury bills have. Over the years, this has helped investors and savers preserve capital.

I believe preserving your family’s wealth is reason enough to ensure you follow the 10% Golden Rule. As I shared with you recently, we’ve entered an era of record money-printing in an effort to curb the economic effects of the pandemic. U.S. money supply growth is up an unheard-of 66% from the same time last year.

The more fiat currency that’s in circulation, the more valuable I expect real assets like gold to become.

President-elect Joe Biden, who’s scheduled to take office tomorrow, has called for a massive $1.9 trillion relief package that would include $1,400 checks for American adults. The bill, if passed, could lead to additional money-printing and, consequently, boost inflation.

In which case, you’d want to have some exposure to gold and other real assets like real estate and commodities.

HIVE Is Delivering on Operating Margin

That includes Bitcoin and Ethereum, two payment systems that provide end-to-end encryption, much like Signal. The world’s number one and number two cryptocurrencies recorded a weekly loss after Bitcoin hit a record high of nearly $42,000. After such a move, a correction is to be expected. I see the dip as a buying opportunity.

Investors seeking other ways to gain exposure have a few options. CME Group already offers Bitcoin futures and options, and next month, the exchange will be launching Ether futures. This is expected to support demand for Ethereum.

Then there are the miners. At the moment, HIVE Blockchain Technologies is the only one that mines both Bitcoin and Ethereum. What’s more, by one metric, HIVE is also the most profitable, beating its peers on operating margin for the 10-day, 30-day and 90-day periods.

Curious about the difference between Bitcoin and Ethereum? Watch my latest video to get the full details. Click here!

M2 is a calculation of the money supply that includes all elements of M1 as well as “near money.” M1 includes cash and checking deposits, while near money refers to savings deposits, money market securities, mutual funds, and other time deposits. Operating margin measures how much profit a company makes on a dollar of sales after paying for variable costs of production, such as wages and raw materials, but before paying interest or tax. It is calculated by dividing a company’s operating income by its net sales. Frank Holmes has been appointed non-executive chairman of the Board of Directors of HIVE Blockchain Technologies. Both Mr. Holmes and U.S. Global Investors own shares of HIVE. Effective 8/31/2018, Frank Holmes serves as the interim executive chairman of HIVE.

Holdings may change daily. Holdings are reported as of the most recent quarter-end. The following securities mentioned in the article were held by one or more accounts managed by U.S. Global Investors as of (12/31/2020): Facebook Inc., Amazon.com Inc., Alphabet Inc., Apple Inc., Tesla Inc.