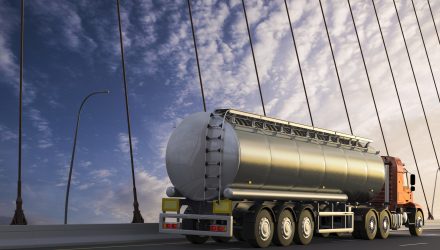 Why Oil ETFs Can Bounce Back

The United States Oil Fund (NYSEArca: USO), which tracks West Texas Intermediate crude oil futures, is lower by more than 7% over the past week, but some oil market observers believe crude can bounce back.

“The spread between West Texas Intermediate and Brent crude futures prices has widened to new extremes recently, and this is a bullish development,” reports CNBC. “The spread has reached more than $11, the largest since mid-2015. WTI is trading a little over $65 per barrel, while European Brent crude, the international benchmark for oil, is trading near $76.”