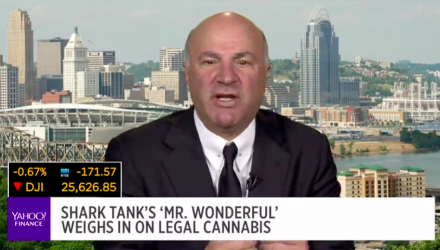 Why Kevin O’Leary Won’t Be Investing in Cannabis

Kevin O’Leary, star of ABC’s Shark Tank and chairman of O’Shares ETFs, is steering clear of investing in marijuana and cannabis stocks.

On a segment of Yahoo Finance this week, O’Leary said there were several reasons he wouldn’t be investing in cannabis.

Looking at the industry long-term, O’Leary said cannabis is “a total commodity no different than tobacco or vodka or anything else like that.”