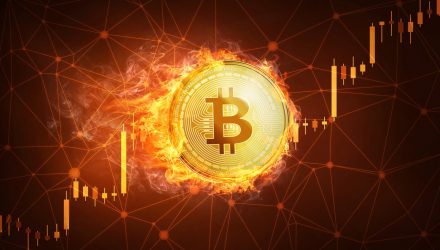 Editor’s Note: This article was republished with permission from Wallet Hacks.

You may have read in the news recently about Bitcoin’s value reaching $11,000. I periodically get reader emails reminding me that it touched $11,000. And how they told me to get in it when it was an eye-popping $3,000!

I’ll tell you why I watch from the sidelines in fascination but will never join.

Bitcoin and the Gold Rush

James Marshall was born in New Jersey on Oct. 8th, 1810. The eldest of four, Marshall would soon leave New Jersey – heading west like so many young men looking for a better life.

He would settle in Missouri, farming on the Missouri River, until he contracted malaria. That would prompt a move even farther west to Oregon, where the air was better. His stay in Oregon would be brief, as he moved south to work at Sutter’s Fort in California.

John Sutter hired Marshall, who was a carpenter, to help build the sawmill at Sutter’s Fort.

On Jan. 24th, 1848, James Marshall discovered gold in the American River and kicked off the California Gold Rush.

I love reading about the Gold Rush because it’s a common story that repeats itself. There’s a discovery of riches and then people flock to it.

It’s often said that the only people who make money in those situations are the ones selling the pickaxes and the shovels.

But when I see stories of Bitcoin, I’m reminded of the dark side of the Gold Rush. It’s just the latest chapter in speculative investments, maybe minus potential death.

I Don’t Want Another Job

Bitcoin just hit $11,000 intraday and people are losing their minds. Here’s why I don’t care about Bitcoin and why it’s just another speculative fad.Trading Bitcoin is like day trading stocks. It’s another job.

Did you want another job? If you want to make money, you have to do more than read mainstream news articles and open an account on Coinbase. You have to read industry publications, get in the trenches with folks who are intimately involved, and you have to study a lot.

Do you have the time for that? If yes, get after it. If not, do you really want to dabble? Because it’s still the Wild West in there.

Do I Have An Edge?

Day trading anything is gambling. You are relying on whatever edge you can develop in your process to win out over time. Day traders and card counters have systems they believe have a positive expected value.

My friend Colin runs Blackjack Apprenticeship, a Blackjack card counting course, and the key to success is understanding the system and lots of practice. He used to be on a card counting team, which is where you get the edge. There’s a reason casinos will let you count cards but they will not let you play on a team – casinos aren’t there to day trade.

Professionals have a level of sophistication that novices can’t imagine. That’s who you are up against.

Your money is pretty safe. It’s rare that someone breaks into your bank or brokerage account and steals your money (and you have no recourse).