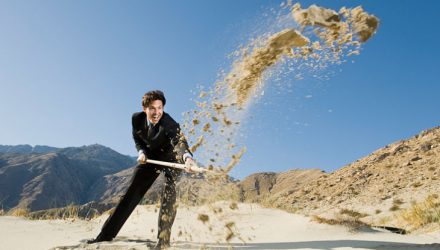 Why ETF Investors Need to Dig Beyond Past Performances

The average investor has heard the message so often that they can finish the sentence for us: past performance is not indicative of… CFRA’s fund research puts this warning into practice, by focusing on costs and holdings. Yet, for those that still plow ahead chasing prior winners, semi-annual research from S&P Dow Jones Indices serves as a cautionary tale.

For the three years ended March 2017, the persistence scorecard showed that just 23% of large-cap funds, 11% of mid-cap funds and 22% of small-cap funds maintained a top-half ranking for two additional consecutive 12-month periods (performance is based on equal weighted fund counts). Random expectations, such as using a two-sided coin, would suggest a rate of 25%.

This data supports why investors have shifted billions of dollars from active US equity strategies to passive strategies. Products such as iShares Core S&P 500 (IVV) or Vanguard Large-Cap Index (VV) are available with net expense ratios of 0.04% and 0.06%, respectively.