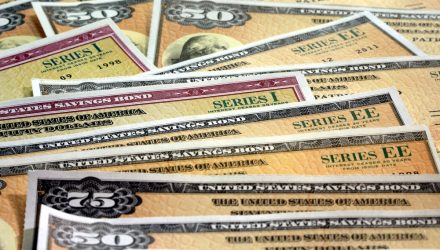 Why Are ETF Investors Dumping Bonds?

Amid growing concerns that the aggressive stimulus policies will fuel a spike in inflation, exchange traded fund investors have been dumping fixed income assets.

Bond prices have pulled back while yields climbed on growing concerns over the possibility of higher inflation, which would diminish the real yield of fixed income assets.

“We think it’s very important to have a big package [that]addresses the pain this has caused – 15 million Americans behind on their rent, 24 million adults and 12 million children who don’t have enough to eat, small businesses failing,” Yellen said.

Yellen argued for the package despite signs that momentum is building in the first two months of 2021.

“Inflation has been very low for over a decade, and you know it’s a risk, but it’s a risk that the Federal Reserve and others have tools to address,” Yellen added. “The greater risk is of scarring the people, having this pandemic take a permanent lifelong toll on their lives and livelihoods.”

Furthermore, Biden is also eyeing other fiscal stimulus measures, such as large spending plans on infrastructure and other investments later this year.

Meanwhile, the Federal Reserve has said that it is willing to allow inflation to peak above its 2% target after years of running well below this level.

As concerns mount, investors have been cutting out of bonds on speculation that central banks would begin to reduce accommodative monetary policies like the infinite bond purchasing plans in a bid to ease inflationary pressures.