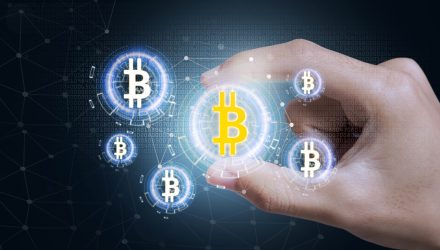 Where’s the Bottom for Bitcoin?

Bitcoin and other digital currencies remain mired in what is becoming a lengthy slump. At this writing Wednesday, just four of the 20 largest cryptocurrencies by market value were trading in the green.

“Blockchain venture capitalist Spencer Bogart forecast ‘artificial’ Bitcoin price suppression June 25 as hedge funds near the end of their lock-up period,” reports CoinTelegraph. “Speaking to CNBC, Bogart, who earlier this week claimed Bitcoin would be above $10,000 by the end of the year, warned over “forced selling” which would drive markets lower.”

The Bottom for Bitcoin Near?

The rolling 30-day annualized volatility for Bitcoin is down 61 percent after reaching a low of 50 percent near the beginning of the month based on an analysis by Pension Partners. Bitcoin’s volatility this month pales in comparison to last year’s mania when volatility reached 150 percent.

The number of hedge funds dedicated to the cryptocurrency space has grown exponentially since 2016. However, hedge funds typically do not clients to frequently move in and out of accounts. Clients are usually required to stay invested for six months, a year or even longer in some cases. With the cryptocurrencies broadly lower this year, the end of hedge fund lockup periods could bring some selling pressure, but that selling pressure would only be temporary.

“Hundreds of hedge funds began trading one year ago as Bitcoin began markedly increasing in value, Bogart explained, nonetheless remaining buoyant about the future market, implying any suppression would be temporary,” according to CoinTelegraph.