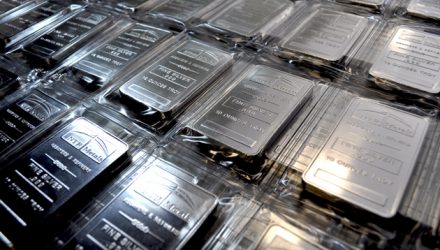 The iShares Silver Trust (NYSEArca: SLV) and ETFS Physical Silver Shares (NYSEArca: SIVR), which are backed by physical silver bullion, are slumping. Over the past month, the two silver exchange traded funds are lower by more than 7%, bringing their fourth-quarter losses to north of 12%.

“The longer-term chart doesn’t provide much insight for a 2018 forecast, either. Silver has been flattish for a good three years now, following a very severe bear market that ran from mid-2011 to the end of 2014,” reports ETF Daily News. “As long as silver does not rise above $21 it has not broken out in which case it is trendless or bearish.”