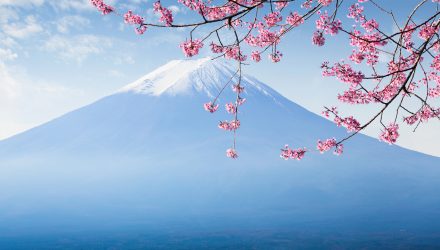 However, like other developed markets, Japan has seen its equity markets struggle in 2018. EWJ is lower by almost 16.50% this year and some market observers are expressing concerns about the world’s third-largest economy heading into 2019.

Earlier this year, there was rising speculation that the BOJ was debating moves to scale back its massive monetary stimulus policy, Reuters reports. Officials were holding preliminary discussions on possible changes, which include adjustments to interest rate targets and stock-buying techniques, along with ways to make its stimulus program more sustainable.

“A number of forces will challenge Japanese growth in 2019,” said BlackRock in a recent note. “External demand will weaken due to slower Chinese and U.S. growth and from trade uncertainty with the U.S. Domestic demand will likely peak in the third quarter of 2019, ahead of the October VAT hike.”