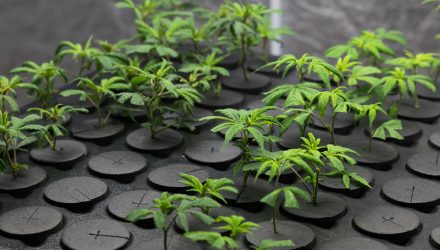 When it comes to assets under management, the ETFMG Alternative Harvest ETF (NYSEArca: MJ) is a success. Previously, MJ was structured as a Latin America real estate exchange traded fund, but became the first US-listed marijuana ETF in December.

In less than four months as a marijuana ETF, MJ has attracted $404.4 million in assets under management, confirming that there is appetite for this concept. Additionally, some weed ETFs trading in Canada have found success. Those factors would seem to encourage the debuts of rivals to MJ in the U.S., but that has yet to happen. There are some factors holding back more weed ETFs from coming to market.

“The assets of an ETF in the U.S. have to be custodied in a U.S. bank,” according to Green Market Report. “It can’t be offshore or in Canada. The custodial bank actually holds the securities of the ETF. This is why the main cannabis ETF’s are in Canada with the Horizons company.”

In January, it was reported that U.S. Bancorp, MJ’s custodian bank, is reviewing its relationship with the fund.