You are at:Home»Fixed Income Channel»What to Think About The Rally in a Popular Long-Dated Bond ETF 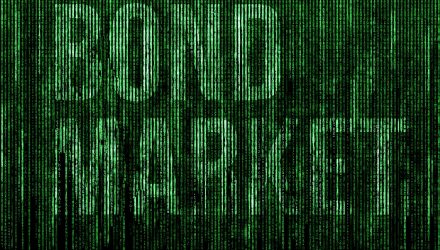 “TLT’s takeout of its 320-day is impressive, given that this moving average provided stiff resistance during the latter half of January, and then proceeded to reject the bond ETF’s July highs,” reports Schaeffer’s Investment Research. “And investors are responding by shifting back into TLT; after steady outflows through the first half of December, a burst of inflows began on Dec. 18, ultimately yielding net inflows of $218.91 million for the month-to-date period.”

“Options data points to a similar burgeoning enthusiasm toward TLT. As of Friday, total put open interest had cratered to 561,340 contracts — a figure that registered in just the 4th annual percentile, pointing to a remarkably slim presence on the part of put players. Comparable TLT call open interest — at 703,157 contracts, in the 68th percentile of its annual range — is considerably healthier,” according to Schaeffer’s.

Despite the Fed’s fourth interest rate hike of 2018 arriving in December, TLT posted a fourth-quarter gain of 3.62%. Some investors missed out on TLT’s late-year bullishness as the fund saw fourth-quarter outflows of $1.66 billion.