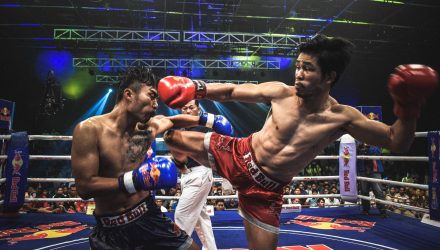 What to Make of Gambling Stocks After SCOTUS Ruling

“It remains to be seen how states will react to their newfound freedom, though this certainly opens the door to a large scale expansion of sports betting. Against the backdrop of a declining audience for NFL games last season, this would have to be seen as a positive for the league and, as a knock-on effect, good news for firms like Disney, whose ESPN unit has invested heavily in covering the NFL,” according to Markit.

Walt Disney Co. (NYSE:DIS) is a member of the Dow Jones Industrial Average and a major component in consumer discretionary ETFs, such as the Consumer Discretionary Select Sector SPDR (NYSEArca: XLY).

States that have already passed legislation allowing sports bets, such as Connecticut, New Jersey, Pennsylvania, New York and West Virginia, could be among the first movers.