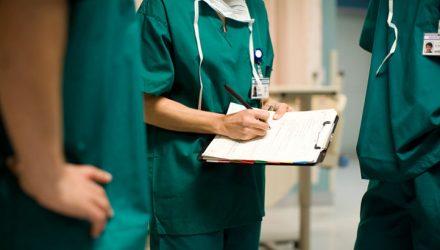 What Obamacare Challenges May Mean for Health Care ETFs

The Department of Health and Human Services (HHS) released a report in May that showed that the average premiums have DOUBLED for individual plans since 2013 which is the year before many of the Affordable Care Act (ACA), also known as Obamacare, regulations and mandates took place. HHS Spokesperson Alleigh Marre noted that “With data that shows average premiums doubling nationwide and Americans paying nearly $3,000 more for health insurance per year, this report is a sobering reminder of why reforming our healthcare system remains a top priority of the Trump Administration. The status quo is unsustainable.” 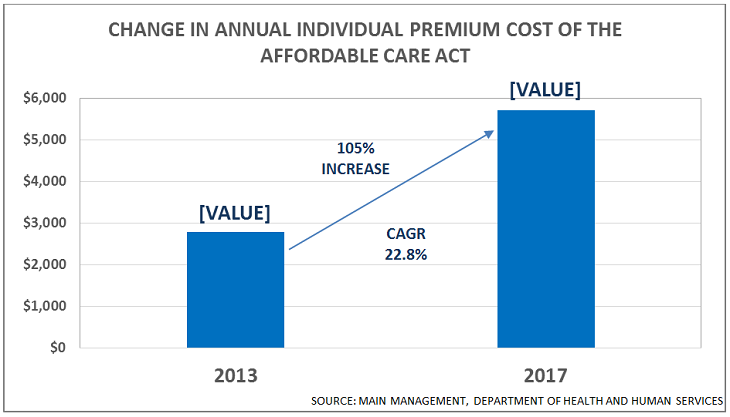 The visual below shows pictorially how insurance coverage has been fading across the United States under the ACA over time. According to the McKinsey Center for U.S. Health System Reform, there are now 5 states – Alabama, Alaska, Oklahoma, South Carolina, and Wyoming with only one exchange insurer. Another 12 states have only 2 options. From a county standpoint, 70% of America has only one or two choices. 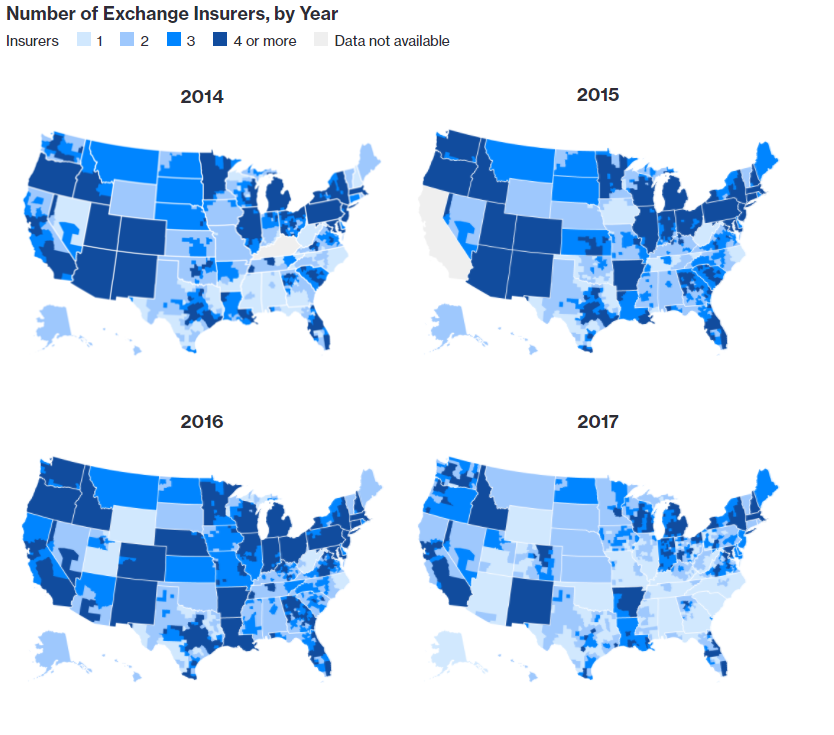 While it is true that around 20 million Americans are now insured that weren’t before, the majority of those who did receive coverage qualified for Medicaid. The ACA made the guidelines for Medicaid eligibility easier in 2009, so 31 states plus the District of Columbia took advantage of the new criteria and expanded the Medicaid program. In 2014, there were 9.25 million people enrolled in the ACA exchanges. Of that total, 8.99 million (97%) were enrolled in Medicare.