You are at:Home»Featured»What Does the Future Hold for Chinese Securities? 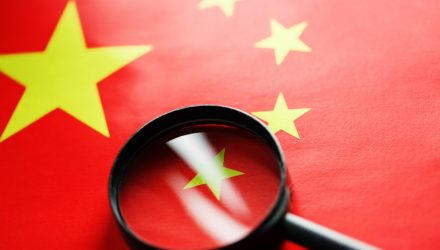 What Does the Future Hold for Chinese Securities?

One of the calling cards of the Trump administration was its combativeness with China. With the new Biden administration in place, it’s natural to wonder whether that approach is likely to continue or whether US policy will reverse course.

Although it’s easy to forget in a year when every week feels like a short lifetime, one of the big stories as we closed out 2020 was the Trump administration’s ban on certain Chinese securities for US investors. This move was just the capstone in a series of increasingly aggressive positions against China during Trump’s time in office. While it may be hard to remember, this stance was quite different from the previous approach, which was guided by the belief that liberalizing Chinese markets would ultimately lead to liberalizing its politics.

Many investors find themselves wondering whether the new Biden administration might continue that approach toward China or revert to attempts to liberalize trade. Further, investors are wondering how they should position themselves. It’s hard to imagine President Biden hewing to Trump’s style of diplomacy. However, with a lengthy list of urgent domestic priorities in a political environment characterized by growing wariness of China in the US and globally, it’s also difficult to imagine an abrupt turn. From this perspective, we have reason to believe that US-China relations could remain unpredictable for the near future, and investors may be well served by a balanced portfolio that can handle the twists and turns.

What was the ban on Chinese securities?

The ban on Chinese securities provides a ready example of the consequences of a more aggressive Chinese policy as well as some hints at the direction the Biden administration will take.

The Trump administration issued an executive order on November 12, 2020, declaring a national emergency regarding the relationship between the Chinese military and certain ostensibly privately owned Chinese companies. The order prohibited US investors from owning stocks that the Defense or Treasury Department identifies as “Chinese Communist military companies.” Although there was advance warning and, technically, shareholders had until November 2021 to sell their positions, a flurry of activity followed the release of the order as investors rushed for the exits. No one wanted to be the last one holding the bag, and many of the banned stocks fell by double digits.

Sources: MSCI, Bloomberg, Parametric, 2/12/2021. References to specific securities and their issuers are for illustrative purposes only and are not intended to be and should not be interpreted as a recommendation to purchase or sell such securities. It should not be assumed that any of the securities referenced will be profitable in the future or will equal their past performance. All investments are subject to risks, including the risk of loss.

Of particular interest to many was how index providers would treat the matter. Although technically the Trump order affected only US entities, and even those investors had time to divest after the effective date, FTSE Russell, S&P®, DJI, and MSCI eventually elected to remove the prohibited securities from their global indexes before it went into effect in mid-January 2021. Meanwhile, the NYSE delisted related American depositary receipts (ADRs) after a suspenseful series of reversals. All this pointed to the reality that the reach of US investors is global, and the US government still holds considerable sway over broader market functions.

Where to from here?

Heavy on many minds was whether this would all be undone in short order by the incoming administration. Given numerous instances of the Obama-Biden administration’s cooperation with the Chinese, it seemed plausible that this approach would carry the day once President Biden took office.

Early signs point to no. Reports of Biden’s first call as president to Chinese president Xi Jinping reflected a somewhat more cooperative tone, but Biden didn’t appear to shy away from points of disagreement. Despite a host of executive orders unwinding many key Trump administration positions, such as withdrawal from the Paris Agreement, the ban on travelers from Muslim-majority countries, and the halting of the construction of the wall on the US-Mexico border, the ban on ownership of “Chinese Communist military companies” remains untouched. Furthermore, Trump’s tariff on Chinese imports still stands, and new secretary of state Antony Blinken said during his confirmation hearing that Trump had been right to be tougher on China. All this makes it seem unlikely that near-term China policy will look terribly different from current policy.

Indeed, this adversarial position toward the Chinese government seems to be perhaps the only thing both US political parties can agree on. In May 2020 the Senate passed the Holding Foreign Companies Accountable Act, which subjects Chinese companies to US government accounting oversight to maintain a US stock listing, with unanimous support. The latest Pew Research Center polling data shows that 73% of Americans have an unfavorable view of China, compared with 22% who have a favorable view. When Trump first took office, that unfavorability rating was 53%, compared with 35% in 2002. Given this, it wouldn’t be all that surprising to see even more forceful US actions toward the Chinese, either in the form of heightened trade restrictions or capital market sanctions similar to those in place against Russia. All of this could point to an increasingly risky future for holders of Chinese securities.

This is only one side of the story, however. Many US investors want to hold Chinese securities in their portfolio, given China’s meaningful and growing importance economically and politically, and don’t appreciate government-imposed limitations. After all, as 2020 amply demonstrated, China can deliver powerhouse returns even when the rest of the global economy is in shambles. While there may be increasing risks to holding Chinese securities because of US actions, there remains a potential reward as well. Savvy government and diplomatic officials recognize that bellicosity will get us only so far.

From this perspective, we think investors should prepare themselves for the potential for more of the same for some time. Luckily there are a number of balanced options available.

For investors seeking core market exposure, the flexibility and control of a custom passive separately managed account can help navigate the uncertainty. By essentially designing their own custom indexes, investors may reduce the risk of becoming forced sellers during index removal or simply avoid higher-risk stocks in the first place. For example, investors may want to avoid individual stocks they believe are most likely to come into the crosshairs of regulators or politicians while maintaining a similar overall risk exposure. In a similar vein, they also can incorporate research on human or labor rights practices, ensuring that their portfolio companies meet certain conduct standards.

Emerging market investors may find it hard to avoid the dominance of Chinese companies in emerging market benchmarks, given their nearly 40% weight in the MSCI Emerging Markets Index. Alternative exposure vehicles exist, however, that provide more even representation across markets and sectors.

These strategies allow investors to remain invested in China—a large, critical part of the global economy—without being overly reliant on its success and overly exposed to the potential for future political turbulence.

Although it’s still early in the Biden administration, there doesn’t seem to be too drastic a change in the US approach to Chinese securities so far. Clearly, the new US president strikes a more diplomatic tone, giving us reason to see potential for somewhat steadier relations with China going forward. However, minimizing regulatory risk and pursuing a balanced portfolio still seem the safest courses of action.

The views expressed in these posts are those of the authors and are current only through the date stated. These views are subject to change at any time based upon market or other conditions, and Parametric and its affiliates disclaim any responsibility to update such views. These views may not be relied upon as investment advice and, because investment decisions for Parametric are based on many factors, may not be relied upon as an indication of trading intent on behalf of any Parametric strategy. The discussion herein is general in nature and is provided for informational purposes only. There is no guarantee as to its accuracy or completeness. Past performance is no guarantee of future results. All investments are subject to the risk of loss. Prospective investors should consult with a tax or legal advisor before making any investment decision. Please refer to the Disclosure page on our website for important information about investments and risks.