You are at:Home»Equity ETFs»What Could Be Changing In Your Index Sector Fund 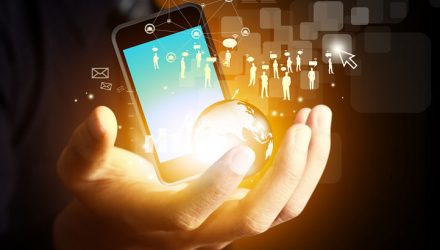 What Could Be Changing In Your Index Sector Fund

Last week, the index providers behind the widely followed GICS structure, used for the S&P 500 index, the MSCI ACWI index and many others, began a public review of the telecommunications services sector. The index has shrunk by a third in size to just 2.1% as of mid-July, down from 3.2% in 2011. Among the proposed changes, which we think would not be implemented until 2018, include moving certain information technology and consumer discretionary stocks, along with the telecom companies, into a new Communications Services sector.

S&P Global (SPGI) and MSCI (MSCI) are in early stages of a consultation for GICS changes and CFRA expects a formal announcement later this year. However, based on public information and our analytical expertise, the below reflects CFRA’s take on what this means for the key companies our team is qualitatively with proprietary STARS recommendations. CFRA acquired the S&P Global’s Equity and Fund Research business in October 2016.

While CFRA analysts highlight that companies likely to be impacted are increasingly competing and collaborating despite residing in different GICS sectors, they do not expect to see changes in capital deployment or how they value the stocks. For example, current telecom carriers use part of their operating cash flow to support dividend payments, while Internet-focused tech and consumer discretionary companies generally do not offer such pay-outs. However, CFRA thinks the greater impact of the potential GICS changes on our research is for ETFs. Sector ETFs, such as Technology Select Sector SPDR (XLK) and iShares Global Telecom (IXP) are dependent on the GICS structure.

According to Angelo Zino, an equity analyst for CFRA, “communications companies have been converging in recent years, with the distributors AT&T (T) and Verizon Communications (VZ) looking to acquire content providers. T’s proposed acquisition of TWC and Verizon’s recent acquisitions of AOL and Yahoo’s core assets are good example.” Zino’s see further consolidation and vertical integration by the big telecom providers as they look to diversify their business amid a no growth wireless environment. Meanwhile, Charter Communications and Comcast recently announced initiatives to offer wireless services to its customers, another example of convergence occurring in the communications space.