You are at:Home»Featured»Was the 1,000-Point Dow Surge the Early Beginning of a Late Santa Claus Rally? 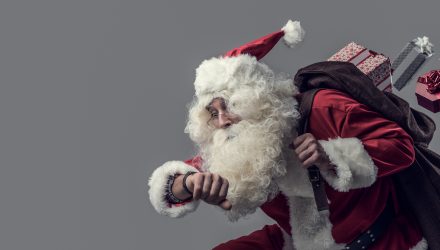 Was the 1,000-Point Dow Surge the Early Beginning of a Late Santa Claus Rally?

“For the past five decades, the final week of the year and the first couple of trading sessions in January have registered more than 1 percent gains,” according to research by The Washington Post. “Markets generally languish for a couple of weeks after Thanksgiving as traders sell investments and losers in preparation for tax season. Toward the end of December, some stocks may be on sale, causing investors to scoop them up and push indexes higher.”

It’s certainly a much-needed boost for all three major indexes, which are down year-to-date—the Dow was down 11.84 percent prior to the close of Wednesday’s session, while the Nasdaq has shed 10.29 percent and the S&P 500 was 12.06 percent in the red.

Given the recent wave of holiday shopping, it was no surprise that the retail sector led the way in Wednesday’s rally. Retailers are having their best holiday season in six years with U.S. sales from Nov. 1 through Christmas Eve rising by 5.1 percent to over $850 billion based on the latest numbers from Mastercard Spending Pulse, which tracks spending in brick-and-mortar stores as well as online stores.