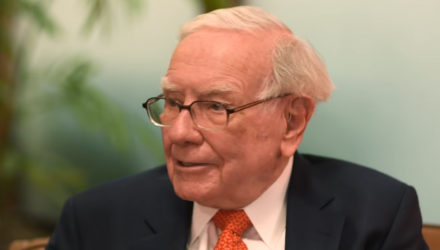 Speaking in an interview with Yahoo Finance, billionaire CEO of Berkshire Hathaway, Warren Buffett, went into the differences the US has with China and the future of investing in the massively prosperous nation.

The interview took a turn to Buffett’s possible interests in making any sizable Chinese acquisitions. Buffett explains he has looked into this but did not go as far as saying he or Berkshire would peruse further.

Some of that could have to do with the discrepancy of the laws between the two nations.

“I know the laws the, the customs, the accounting, and the people better in the United States than anyplace else, so there’s some small hurdle in many countries to get over, which I can get over,” Buffett states. “But, it’s just not as easy as looking at something where I already know the answer you know from previous transactions or something of the sort.”

Buffett clarifies again that he does love the idea of making these sorts of acquisitions, pointing to Israel as an example. Berkshire made many acquisitions there a dozen years ago, but Buffett still had to familiarize himself with the tax rates, corporates laws, etc.

As far as being open to doing deals in China, compared to the past, Buffett states how he’s not necessarily more open. However, thanks to who was involved at the time, they were able to make two decent-sized stock acquisitions (BYD and PTR) in China that worked out years ago.

When shifting to talks of possible concern over the trade situation, Buffett referenced a 2016 article he wrote for Fortune. Just as he said back then, there’s a real problem when the trade deficit gets so large, particularly when the currency is not worth very much in comparison to the goods being received from other countries in return.

“We don’t have any problem running trade deficits, but if we ran really large ones, and we sort of worked ourselves into a box where they were, and we really didn’t have a solution to get the numbers down, it could be a problem,” Buffett notes.

In regards to slower growth in China, Buffett points out just how much has changed over time. He’s not concerned with China in terms of global markets, as he’s aware of how much potential is still out there. Things have dramatically shifted as far as GDP per capita and the population, and while there may have been some slowdown, the changes in the country are only going to lead to some incredible future developments.