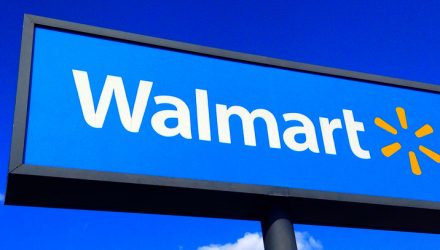 Walmart May Launch Streaming Service to Compete with Netflix, Amazon

Walmart (WMT) has long rivaled against Amazon in all things retail and delivery. A new report by website The Information states that the retail giant may now enter the video streaming market to further compete against its e-commerce counterpart.

The reports states that “people familiar with the situation” said Walmart sees an opportunity to undercut both Amazon and Netflix on price, with a subscription price below $8 per month. Amazon currently charges $8.99 a month for its Prime Video streaming service, while Netflix has raised the price for its subscribers to between $8 and $14 a month.

Though the plans are unconfirmed, Walmart would face competition from beyond Netflix and Amazon if it tapped into the video streaming market. Apple has recently announced a new deal with Oprah Winfrey to create exclusive original content, which looks to be the start of the tech giant’s own video content campaign. AT&T is also becoming far more involved in entertainment through its purchase of DirecTV and Time Warner. With an increasing number of TV shows being produced, both streaming and cable providers will experience heightened difficulty in drawing in viewers.

This would not be the first time that Walmart has experimented in entertainment. In 2010, Walmart bought Vudu, a video-on-demand service. Vudu’s viewership, however, pales in comparison to Netflix and Amazon Prime. According to a report by Comscore, in May, users spent almost 18,000 hours on Vudu, compared to over 315,000 hours on Amazon Prime and 897,000 hours on Netflix.