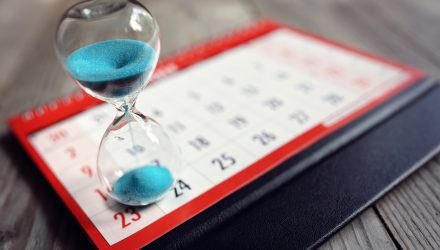 Waiting Can Cost You: The Importance of Remaining Always Invested

Everyone is familiar with the concept of “fashionably late”: intentionally arriving late to an event in order to impress the other guests. However, when it comes to investing, if you show up late, you might just miss the party.

The current bull market recently surpassed its 8½ year mark, giving me the opportunity to crunch some numbers. What I found was rather interesting. There were 2,142 trading days in the eight-and-a-half-year span running from March 10, 2009 to September 9, 2017. If you were to sort those 2,142 trading days from best one-day return to worst, FIVE out of the top fifteen days happened within one month of the bottom of the market. 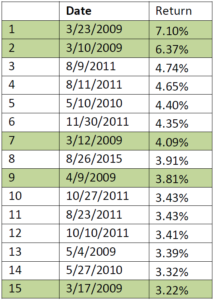 Started from the Bottom

If the first month of the bull market was a 26.9% gain, why would missing it lead to an overall deficit of 92.3%? That doesn’t seem to make sense…unless you take into account the compounding of returns.

Compounding Returns in the Real-World

In a previous blog post and white paper, the first key mathematical principle we discuss is taking advantage of compounding returns. While we previously explored the topic from a theoretical, academic standpoint, the analysis of the bull market provides insight to the power of compounding in a real-world scenario.

For example, let’s assume a $100,000 initial account value: one right when the bull market started and the other a single month later.