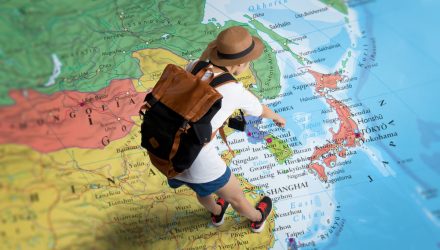 Investing in foreign equities amid such a complicated year for geopolitical and rising rate concerns hasn’t been easy, but Japan has recently been a bright spot. While the strictness of China’s zero-COVID policies remains a challenge for investing in the massive country, Japan has been a bright spot, with recent news buoying the case to consider a Japan ETF like the Franklin FTSE Japan ETF (FLJP).

The nation recently reported increased retail sales for the eighth month in a row, with the Japanese government’s emphasis on increasing tourism paying dividends. The country saw more than twice as many foreign visitors in October than in September.

What’s more, the nation has taken steps to address inflation with a $200 billion economic stimulus plan announced last month, with the central bank intent on supporting the economy by maintaining its low interest rates. Corporate earnings remain solid in the archipelago nation according to recent government reports, with factory output crucially showing signs of recovery as well.

FLJP can also claim the third-highest YTD net inflows of $178 million, with solid performance to this year as well returning 11.42% over one month. That also outpaces the performance averages for the ETF Database Category and the Factset Segment Average by at least 2%. The strategy holds Toyota Motor Corporation (TM ) at 4.9%, Sony Group Corporation (SONY) at 2.8%, and Keyence Corporation (KYCCF) at 2.3%.

Investors looking to add foreign equities to balance their U.S.-focused holdings may have been put off by geopolitical and inflation-related uncertainty so far this year. Japan may be one area that offers some interesting opportunities as its economy slowly starts to kick back into gear. For those investors intrigued by a reopening of Japanese tourism and retail economy, keep an eye on FLJP in the weeks ahead.