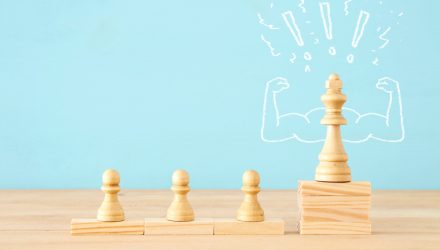 Low-volatility stocks are outperforming the broader market this year. Same goes for high-dividend equities. Put both factors together, and investors can get some real potency.

Take the case of the Franklin U.S. Low Volatility High Dividend Index ETF (NASDAQ: LVHD). As its name implies, the exchange traded fund taps into both factors, meaning it’s not surprising that LVHD is resoundingly beating the broader market in 2022. Though not perfect, as highlighted by a 3.7% year-to-date decline, LVHD is beating the S&P 500 by a staggering 1,200 basis points this year.

Add to that, LVHD is beating the S&P 500 Low Volatility Index by 120 basis points. Following a rough month for stocks in August and September’s reputation as the worst month of the year for equities, the Franklin Templeton fund is relevant over the near term.

“That uptick combined with an uncertain environment for the global economy have led many Wall Street pros to predict that volatility is here to stay. Angelo Kourkafas, investment strategist at Edward Jones, said the Federal Reserve’s fight against inflation, the energy crisis facing Europe and China’s choppy recovery from the Covid-19 pandemic are chief reasons that could drive continued volatility in the months ahead,” reported Jesse Pound for CNBC.

The $618.41 million LVHD is home to 98 stocks, some of which also appear in other low-volatility ETFs. Owing to the strategy’s volatility-reducing objective, it’s common for these ETFs to feature large weights to utilities stocks, and that’s the case with LVHD, as it devotes 22.69% of its weight to that sector.

LVHD utilities holdings such as Consolidated Edison (NYSE:ED), Eversource Energy (NYSE:ES), and WEC Energy Group (NYSE:WEC), among others, are also members of other low-vol ETFs. Speaking of staples, LVHD allocates 20.32% of its weight to the consumer staples sector — another group that’s a hallmark of low-vol and high-dividend ETFs.

Colgate-Palmolive (NYSE:CL) and Kellogg (NYSE:K) are among LVHD’s consumer staples holdings that are holding up well at a turbulent time for broader markets.

“Kellogg which has jumped nearly 14% year to date. It announced plans in June to split into three separate companies by the end of next year,” according to CNBC.

Pepsico (NASDAQ:PEP), another LVHD holding that also dwells in plenty of other comparable ETFs, is contributing to the ETF’s 2022 durability, as that stock is basically flat on the year.