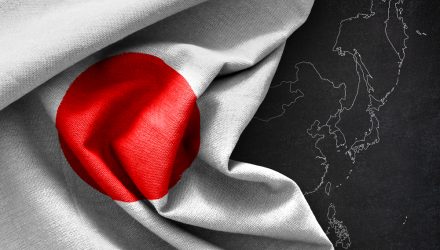 Look to Japan for Shareholder Rewards

Making FLJP and the currency-hedged FLJH potentially compelling today is the point that notoriously tight-fisted Japanese companies are getting around to elevating shareholder rewards. The pace of this dramatically accelerated in the second quarter.

“The surge in stock buybacks and dividends for Japanese companies—which started in the wake of corporate-governance reforms pushed by former Prime Minister Shinzo Abe—is continuing apace, even in a tricky market. Companies in the Topix index announced a record ¥3 trillion, the equivalent of $22 billion, of buybacks in May,” reported Jacky Wong for the Wall Street Journal.

Adding to the allure of FLJP and FLJH is the point that if Japanese companies can afford to boost buybacks and dividends, they can service debt obligations. That highlights a strong shareholder yield proposition with the Franklin Templeton funds, as shareholder yield is a combination of buybacks, payouts, and debt reduction. Moreover, total shareholders in Japan, the world’s third-largest economy, could hit all-time highs before 2022 is over.

“That means the total amount of buybacks in the first two months this fiscal year, which ends in March, is already up 73% from the same period a year earlier, according to Jefferies. Together with the rise in dividend disbursements—which are also hitting historical highs—payouts for shareholders could hit a record ¥27.8 trillion this fiscal year, says the bank,” according to the Wall Street Journal.

Home to $705 million in assets under management, FLJP turns five years old in November and tracks the FTSE Japan Capped Index. The ETF holds 507 stocks and sports a dividend yield of 2.43%, as of July 15. That’s well ahead of the 1.56% yield on the S&P 500, but still low enough to imply ample room for growth. It could be payout growth that keeps investors engaged with Japanese stocks during this year’s trying market environment.