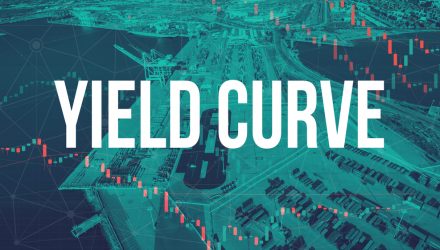 Aversion to Yield Curve Inversion? FTSD Could Be Fabulous

Rising interest rates are punitive for longer-dated bonds. Combine that with fixed income investors’ fears about yield curve inversion, and it’s not surprising that many market participants are gravitating to short-duration fare.

That includes exchange traded funds such as the Franklin Liberty Short Duration U.S. Government ETF (FTSD). The $324.58 million FTSD lives up to its billing as a low-duration product. Its average duration is 1.15 years, well below the 1.89 years found on the benchmark, which is the Bloomberg US Government Index.

FTSD’s status as a short-duration, actively managed product is also important at a time when bond market participants are increasingly concerned about yield curve inversion – the scenario where short-term bonds sport higher yields than long-term counterparts with comparable credit risk.

“The yield curve, which plots the return on all Treasury securities, typically slopes upward as the payout increases with the duration. Yields move inversely to prices,” reported Reuters. “A steepening curve typically signals expectations for stronger economic activity, higher inflation, and higher interest rates. A flattening curve can mean investors expect near-term rate hikes and are pessimistic about economic growth.”

Bond market participants view yield curve inversion as a reliable predictor of economic contraction, making FTSD’s status as an active fund with minimal credit risk all the more relevant in the current market climate. In a 2018 study, the Federal Reserve’s San Francisco branch noted that since 1955, there have been six instances of yield curve inversion — each of which preceded a recession within six months to two years. More recently, there was yield curve inversion in 2019, prior to the onset of the coronavirus economic slump in 2020.

Additionally, in trying times for bond investors, it pays to put depth and experience to work. As an actively managed ETF, FTSD checks those boxes.

The fund “invests across entire U.S. government bond universe, actively managing duration positioning, sector allocation, and security selection,” noted Franklin Templeton. “Managed by an experienced investment team that has been investing in U.S. government bonds since 1947 (and) seeks a high level of current income as is consistent with prudent investing, while seeking preservation of capital.”

FTSD sports an average weighted maturity of 4.65 years. The fund holds 392 bonds, of which nearly 61% are mortgage-backed securities (MBS). Short-duration Treasuries account for 38% of the fund’s roster, according to issuer data.