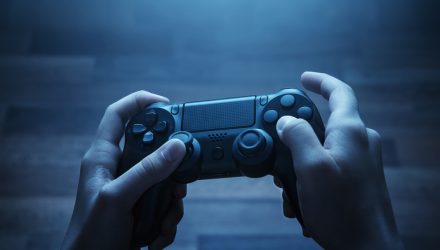 Microsoft agreed to purchase Activision Blizzard for about $75 billion in its largest acquisition to date, the Wall Street Journal reports.

Once completed, the deal would expand Microsoft’s videogame operations, adding popular game franchisees like Call of Duty, World of Warcraft, and Candy Crush to Microsoft’s Xbox console business. With the deal in place, Microsoft would become the world’s third-largest gaming company by revenue after China’s Tencent Holdings Ltd. and Japan’s Sony Group Corp.

The acquisition may also be a bet on the “metaverse,” or virtual online worlds where people can work, play, and socialize, Reuters reports.

“Gaming is the most dynamic and exciting category in entertainment across all platforms today and will play a key role in the development of metaverse platforms,” Microsoft chief executive Satya Nadella said.

“This is a significant deal for the consumer side of the business and more importantly, Microsoft acquiring Activision really starts the metaverse arms race,” David Wagner, equity analyst and portfolio manager at Aptus Capital Advisors, told Reuters.

The deal also comes in a low period for Activision, which has seen its shares plunge 30% since California regulators filed a lawsuit against the company, alleging sexual harassment and gender disparity. The company continues to address allegations of a so-called bro-culture as it fired or laid off more than three dozen employees and disciplined another 40 since the July lawsuit was filed.

“It’s critical for Activision Blizzard to drive forward on its renewed cultural commitments,” Nadella said, adding that “the success of this acquisition will depend on it.”

The additions of Activison’s library of games would provide Microsoft’s Xbox gaming platform a leg up over Sony’s Playstation.

“The likes of Netflix have already said they’d like to foray into gaming themselves, but Microsoft has come out swinging with today’s rather generous offer,” Sophie Lund-Yates, equity analyst at Hargreaves Lansdown, told Reuters.