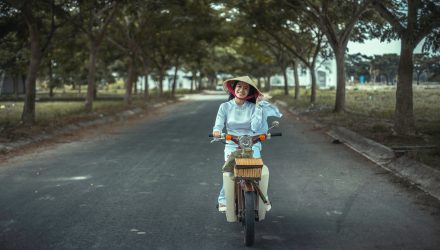 Venture Into Vietnam With This ETF

The VanEck Vectors Vietnam ETF (NYSEArca: VNM) has tumbled over the past month, trimming its year-to-date gain to about 1%, but some market observers remain bullish on the fast-growing Southeast Asian economy.

“Vietnam’s track record of policy-making focused on strong macroeconomic performance has been improving,” said Fitch Ratings in a recent note. “GDP growth accelerated to 6.8% in 2017 from 6.2% in 2016 supported by the export-oriented manufacturing sector and continued growth in services. Vietnam’s five-year average real GDP growth at end-2017 was 6.2%, far above the ‘BB’ median of 3.4%. We expect growth of 6.7% in 2018 in line with the growth target set by the National Assembly, supported by strong inflows of foreign direct investment (FDI), continued expansion in manufacturing and an increase in private consumption expenditure.”

VNM, the only US-listed ETF dedicated to Vietnamese equities, holds 37 stocks. Home to nearly $421 million in assets under management, the fund devotes over 21% of its weight to real estate stocks and 16.7% to financial services names.