You are at:Home»Featured»VegTech Invest Launches ETF Investing in Plant-Based Innovation 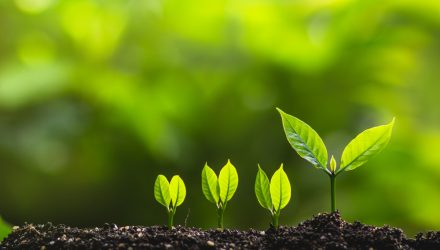 The VegTech ETF includes 37 publicly traded companies actively innovating with plants and plant-derived ingredients and producing primary products that are animal-free. The actively managed fund is a pure-play in plant-based innovation companies and the companies that support them in order to propel a less damaging and less resource-intensive supply system.

VegTech Invest CEO and CMO Elysabeth Alfano said in an email that she believes that in addition to driving capital to companies innovating for change, the fund allows people to invest alongside their values and support such issues that could be meaningful to them like climate change, food insecurity, deforestation, animal cruelty, and growing public health concerns.

“We believe that the global supply system is on the cusp of a shift that will revolutionize how we produce foods and materials,” Alfano said. “This secular trend is driven by the need to produce food and materials more efficiently and with a reduced environmental impact.”

Citing data from the Food and Agricultural Organization of the United Nations, Alfano noted that the total emissions from livestock represent 14.5% of the total amount of greenhouse gas emissions produced. So, companies that cut down on livestock and replace animal products with plants and plant-based derivatives can help reduce this figure and have a positive impact on climate change.

Added Alfano: “Consumers are becoming increasingly aware of the negative impact that traditional agriculture, food, and materials production have on the environment, their health and animal welfare. They want to buy products that address these concerns.”

In a news release announcing the fund launch, VegTech Invest president and fund manager Sasha Goodman said, “With this ETF, I am excited to drive capital to plant-based innovation companies. I also hope to encourage public companies to lead the way and replace animal products with innovations that are better for people, the planet and the animals.”