During ‘ETF Edge’ on CNBC with Bob Pisani, ETF Trends’ CEO Tom Lydon and CFRA’s Todd Rosenbluth chimed in on a newly listed vegan ETF. That in mind, the holdings within are a bit unexpected.

Fittingly enough, the mention of the US Vegan Climate ETF (VEGN) came up during a conversation regarding ESG (Environmental, Social, and Governance), which is taking the ETF universe by storm. It makes sense, as VEGN excludes companies that rely on animal exploitation (testing and derived animal products), use fossil fuels, make plastics, or produce agrochemicals.

As Pisani explains, one of VEGN’s holdings is Beyond Meat (BYND), which anyone would expect. However, the largest holdings are Apple (APPL), Microsoft (MSFT), Facebook (FB), and Intel (INTC).

“In short, this looks kind of like an ESG ETF, but the title doesn’t really tell us what it holds,” Pisani notes. 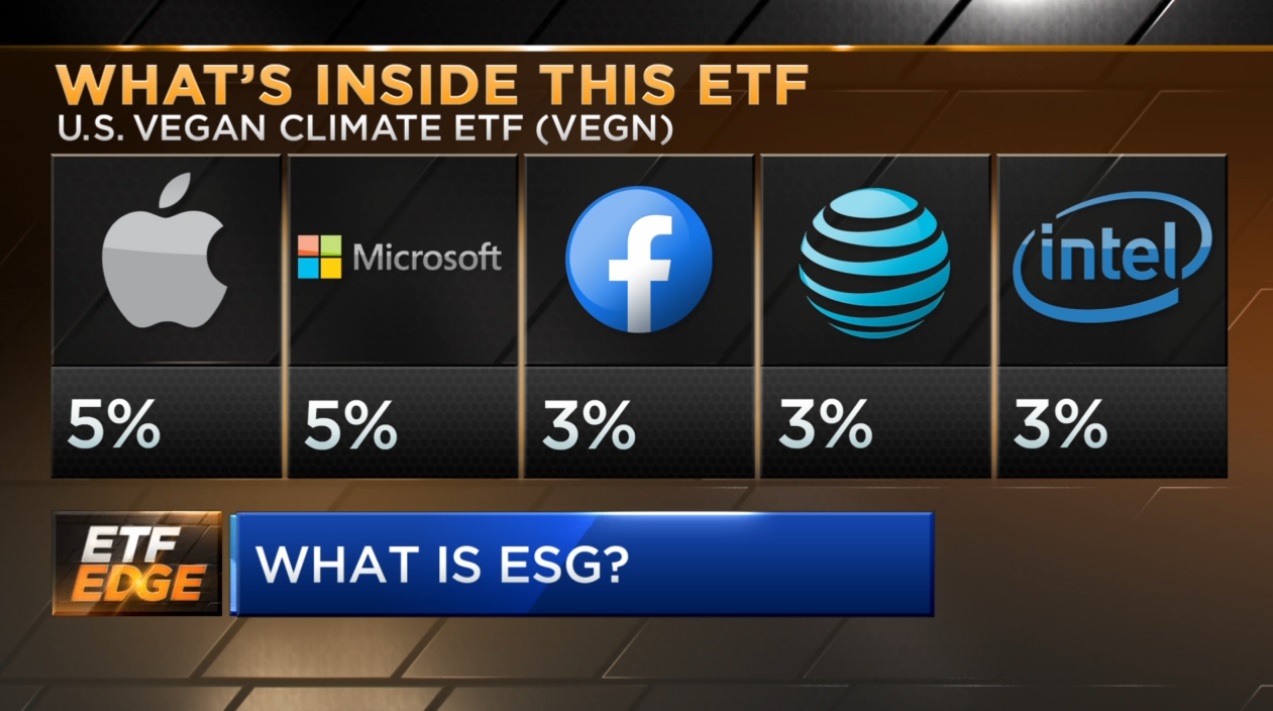 Turning to Lydon, Pisani brings up how similar this seems with other ETFs, as far as implied themes go, despite having seemingly unrelated companies involved. As Lydon explains, in the ETF space, everyone is battling for assets.

As Pisani attempts to reason the function of an ETF choosing exclusionary tactics leading to companies like Microsoft being a part of a vegan climate ETF, Rosenbluth notes how ESG products coming to the marketplace are more sector diversified.

“It’s the best ESG companies that have ESG criteria within that sector, and so that’s where we’re seeing a lot of the money go, as we’ve seen,” he said.