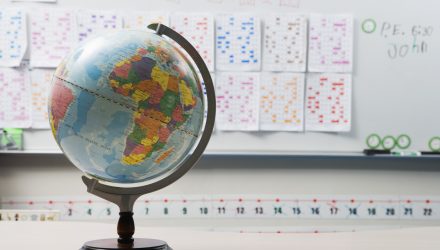 Vanguard, the second-largest U.S. issuer of exchange traded funds, said it has filed plans with the Securities and Exchange Commission to introduce the Vanguard Total World Bond ETF. The new ETF is expected to debut in the third quarter.

“The ETF will be the industry’s first U.S.-domiciled index product offering investors access to the entire global investment-grade bond universe in a single portfolio,” according to a Vanguard statement.

“This structure enables the Vanguard Total World Bond ETF to achieve immediate scale by using existing exposure from the underlying ETFs and is expected to result in tighter bid/ask spreads and lower operating expenses than investing directly in the benchmark’s constituents,” said Vanguard in the statement.

The new ETF will track the Bloomberg Barclays Global Aggregate Float Adjusted Composite Index. BND, which is one of the largest fixed income ETFs in the U.S., holds over 8,400 bonds and has an average duration of 6.1 years.