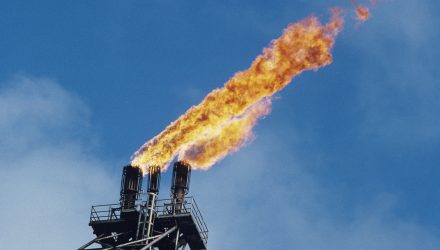 Exchange traded funds tracking energy stocks are rebounding and the enthusiasm is not limited to the most conventional funds in the group. For example, the VanEck Vectors Unconventional Oil & Gas ETF (NYSEArca: FRAK) is sporting a second-quarter gain of almost 18%.

FRAK, which debuted in early 2012, follows the MVIS Global Unconventional Oil & Gas Index. That benchmark “is intended to track the overall performance of companies involved in the exploration, development, extraction, and/or production of unconventional oil and natural gas,” according to VanEck.

“Since the beginning of 2018, oil prices have continued to march towards $80 a barrel, but energy stocks have lagged behind,” said VanEck in a recent research note. “Our recent research in the space shows that the returns of unconventional oil & gas equities, or exploration and production (E&P) companies, can mostly be explained by the performance of three independent variables: oil, natural gas, and the U.S. stock market. Meanwhile, similar research has shown that oil service equity returns are predominately driven by oil prices and the U.S. stock market.”

FRAK holds 48 stocks, but unlike traditional energy ETFs, this fund is not dominated by the likes of Exxon Mobil Corp. (NYSE: XOM) and Chevron Corp. (NYSE: CVX). Those stocks often combined for 35% or more of conventional energy equity index funds. Rather, FRAK does not allocate much more than 8% to any of its holdings. Occidental Petroleum Corp. (NYSE: OXY) and EOG Resources Inc. (NYSE: EOG) combine for just over 16% of FRAK’s roster.