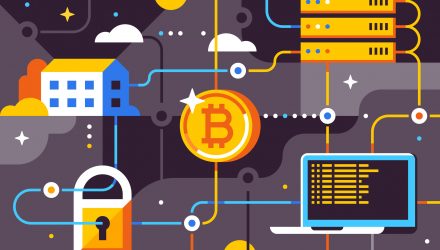 In June, ETF issuer VanEck and SolidX, a fintech company engaged in the bitcoin ecosystem, revealed plans for the VanEck SolidX Bitcoin Trust ETF (XBTC). That fund is targeted at institutional investors as it would debut with a share price of $200,000.

A decision on XBTC was later postponed by the Securities and Exchange Commission (SEC), but the firms recently met with the SEC, making another push to bring XBTC to market. XBTC would track an index linked to a group of bitcoin trading desks, possibly allaying some of the SEC’s prior concerns about funds linked to physical bitcoin. The SEC released a memorandum regarding the meeting.

“According to the document, on Oct. 9 SEC Commissioner Elad L. Roisman and his counsels Dean Conway, Matthew Estabrook, and Christina Thomas met with representatives from SolidX, VanEck, and the Chicago Board Options Exchange (CBOE),” reports Coin Telegraph.

Prior to the most recent meeting, VanEck sought to allay some of the SEC’s concerns via a letter addressing bitcoin futures and liquidity.

“Given the proposed ETF’s regulation under the Securities Act of 1933 and 1940 Act and the fact that it offers exposure via regulated and surveilled bitcoin futures, we reasonably expect the proposed ETF to reduce potential manipulation and operational risk associated with a bitcoin investment product,” said VanEck in the letter.

The issuer also believes its effort to launch a bitcoin ETF via an investment structure that is already regulated (ETFs) is consistent with the SEC’s objective of protecting investors.