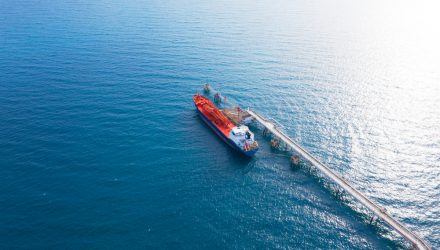 The Utilities Select Sector SPDR (NYSEArca: XLU) dropped 1.7% on Monday and broke below its short-term support at the 50-day simple moving average.

According to a press release, the two companies cited “ongoing delays and increasing cost uncertainty which threaten the economic viability of the project.”

The Atlantic Coast Pipeline was expected to be a 600-mile natural gas pipeline that would have crossed West Virginia, Virginia, and North Carolina, and under the Appalachian Trail.

The announcement comes after rising concerns over the viability of natural gas businesses in light of increasing pressure from those concerned about the negative environmental impact. While both Dominion and Duke have set net-zero emissions targets for the past year, both companies failed to address the significant climate impacts of their reliance on natural gas.

“Investors have increasingly raised concerns about the costs and risks of natural gas assets like the planned Atlantic Coast Pipeline. To avoid the worst impacts of the climate crisis, our companies must transition away from the use of fossil fuels. Building more gas infrastructure now without a clear justification is a recipe for stranded assets,” Lila Holzman, energy program manager of As You Sow, said in a note.

“The cancellation of the Atlantic Coast Pipeline is a clear example of the changing environment in which utilities operate. Policy, economic, and technological drivers combined with investor pressure and concern for the climate are raising increasing questions about how gas-reliant businesses will brace for disruption,” Daniel Stewart, energy program fellow of As You Sow, said.

“It represents a little bit of an opening of a valve. I don’t necessarily think it’s a light switch that flipped from off to on,” Cathy Seifert, an analyst at CFRA Research, told Bloomberg. The deal is a “prudent move and one that can be strategically justified and also tucked into the existing business model.”