You are at:Home»Featured»Use Alternative ETFs to Hedge Against Further Bumps Down the Road 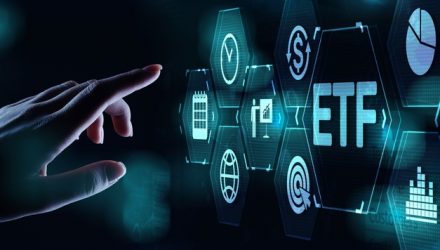 Use Alternative ETFs to Hedge Against Further Bumps Down the Road

While U.S. equities enjoyed a strong rebound on Tuesday, short or bearish interest remains and financial strategists warned that more declines are likely with investors too complacent about the possibility of a recession. Meanwhile, traders could turn to inverse exchange traded fund strategies to hedge against further market pullbacks.

Societe Generale SA’s Manish Kabra warned that a “typical” recession could see the S&P 500 Index falling to 3,200 points or nearly 13% below its Friday close before the holiday, Bloomberg reported.

Furthermore, Societe Generale SA strategists projected that a 1970’s style inflation shock could cause the benchmark to plunge 30% from current levels amid selling from stagnation with higher inflation or a so-called stagflation scenario.

“We have still not seen the true bottom for equities yet,” Kabra said.

Michael J. Wilson at Morgan Stanley also believed that the S&P 500 needs to decline another 15% to 20% to about 3,000 points before the market to fully price in an economic contraction.

“The bear market will not be over until recession arrives or the risk of one is extinguished,” according to the Morgan Stanley team.

“Managers increased micro and macro hedges amid the sharp market drawdown,” Goldman analysts, including Vincent Lin, said in a note. “With the sole exception of staples, all sectors saw increased shorting.”

David Rosenberg, chief economist and strategist at Rosenberg Research & Associates Inc., warned that it is still too early to give the all-clear signal.

“Short covering gives equities a big boost,” Rosenberg told Bloomberg. “This move should be viewed in the context of an overall downtrend – meaning rallies can be rented but not owned.”