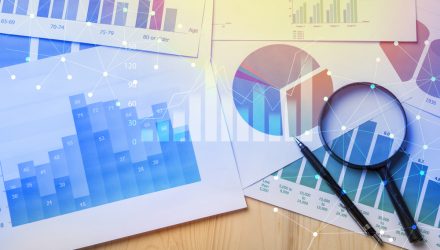 U.S. markets and stock exchange traded funds try to claw back from early morning losses after the latest data revealed an economy ravaged by the coronavirus pandemic.

The latest data revealed the U.S. economy suffered through its biggest-ever quarterly plunge in activity since the Great Depression and an uptick in weekly unemployment claims, adding to fears that the recovery in the labor market may be faltering, the Wall Street Journal reports.

“The short-term data indicates we’re kind of flattening out a little bit, which indicates the recovery is much less a ‘V’ and a little bit more a ‘square root sign’ at this point,” Paul Nolte, portfolio manager at Kingsview Asset Management, told Reuters. “The markets are taking a breather here and assessing what the next six months look like. We’ve got plenty of stuff on our plate from China to the elections, the virus to reopening schools.”

The nearly 33% plunge in second quarter gross domestic product was still ahead of economists’ expectations. Nevertheless, the Commerce Department data confirmed the extent of the pandemic’s damage, revealing few areas of the U.S. economy were spared from the fallout.

“When you see that number in print, it becomes a reality,” Bill Northey, a senior investment director at U.S. Bank Wealth Management, told the WSJ. “It solidifies the amount of economic damage we have already sustained.”

Further adding to the risk-off sentiment, President Donald Trump suggested delaying the November election until people can safely vote in person. While some brushed off the comment, Northey argued that it highlighted the ongoing political risk in an election year.

The U.S. Federal Reserve on Wednesday has acknowledged the spike in new Covid-19 cases was likely stalling recovery, pledging to continue supporting the economy. Meanwhile, the White House and Congress are still deadlocked over a coronavirus relief plan as we come close to the expiration of the enhanced $600-per-week unemployment benefits on Friday.