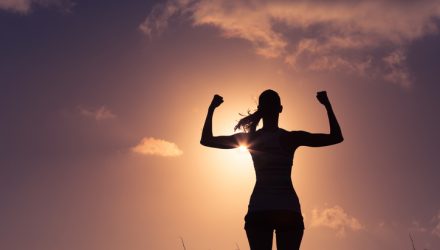 While U.S. equities and stock ETFs were trading in a relatively subdued session Monday, the markets were on track for their best month since February.

Strong corporate earnings have supported the market push over July, especially in U.S. large-caps as they were on pace to post two consecutive quarters of double-digit profit growth for the first time since 2011, the Wall Street Journal reports.

“Improved earnings have been the main driver of July’s gains,” Michael Arone, chief investment strategist at State Street Global Advisors, told the WSJ. “A lot of other stuff is just noise: the turmoil in D.C., the political events that flare up from time to time.”

However, the market gains were capped by losses in the technology sector after many big names retreated in recent trading, following a record high last week.