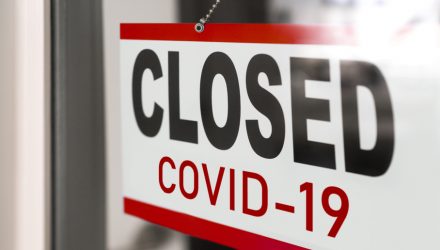 U.S. Stock ETFs Retreat on Fears of Another Coronavirus Shutdown

U.S. markets and stock exchange traded funds retreat as coronavirus cases pop up in several states, fueling fears that officials could reinstate lockdown measures and stifle an economy that is just getting back on its feet.

The U.S. tallied the second-largest spike in infections since the coronavirus pandemic began after states rolled back shutdown measures meant to quarantine the spread of COVID-19, Reuters reports.

“There is a sudden perception change among investors related to the extent of a new round of virus cases,” Andre Bakhos, managing director at New Vines Capital LLC, told Reuters. “The greatest focus is on COVID-19 (news) more than anything else until we get a more granular look at what’s going on.”

“If this does get worse and more endemic, they will have to lock down some of these states again,” Charles Hepworth, an investment director at GAM Holding, told the WSJ.

The International Monetary Fund has already warned that the pandemic is causing wider and deeper cuts into the global economy than previously thought, causing the institution to lower 2020 global output forecasts further to contract 4.9% from 3.0%. Advanced economies have been harder hit, with the U.S. output projected to shrink 8.0%, or 2 percentage points worse than April predictions.

“The steep decline in activity comes with a catastrophic hit to the global labor market,” IMF said in an update to its World Economic Outlook report.

Further weighing on sentiment, the U.S. is considering tariffs on $3.1 billion in products from the U.K., France, Germany, and Spain due to a long-running dispute over government subsidies to aircraft manufacturers.

“The tensions between the Europeans and the U.S. have been bubbling under the surface for quite some time,” Jane Foley, head of foreign-exchange strategy at Rabobank, told the WSJ. “Anything that suggests there is going to be tension on trade is bad for the global economy.”